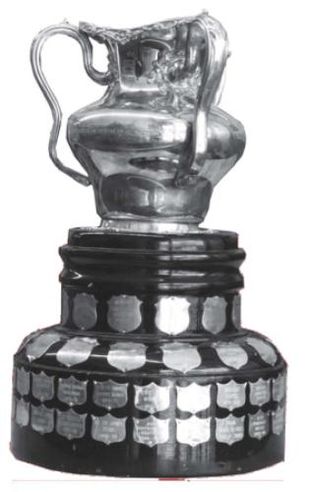 BC Hockey announced that the 2018 Senior Male AA Championship, the Coy Cup, will be held from March 27-31, 2018 at the Cariboo Memorial Recreation Complex in Williams Lake, BC.  The Williams Lake Stampeders are the hosts of this event.

“We’re looking forward to Williams Lake hosting this event,” said BC Hockey Adult Male Coordinator Trevor Bast. “The community has shown lots of support for the Stampeders in the past, and we’re sure they’ll extend a warm welcome to the other teams that come to compete for the Coy Cup.”

The Stampeders won the Coy Cup in back-to-back years in 2013 and 2014. Williams Lake was the host for the 2014 Coy Cup, which was the last time they hosted the championship.

The Coy Cup was donated to BC Hockey by Colonel Coy of the fiftieth “Gordon Highlanders” Regiment of Victoria, BC.  It is emblematic of the Senior AA Amateur Hockey Championship of BC Hockey.  The first Coy Cup was awarded in the 1922 – 1923 season.

Article by BC Hockey