Tyler Loney retires from Flyers to focus on family 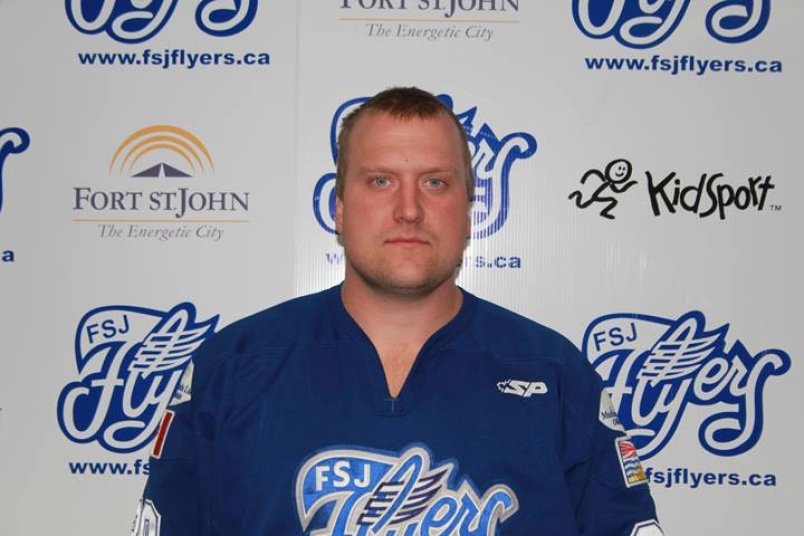 A long-time veteran of the Fort St. John Senior Flyers isn’t hanging up his skates for good just yet, but he will be turning his attention to a new phase of his hockey career.

The club announced the retirement of defenceman Tyler Loney Friday afternoon after a decade with the team.

“Tyler is turning his focus to coaching his two boys, Cowyn and Quinten, and along with his wife, Coreen, will undoubtedly spend countless hours in the rink,” club President Paul van Nostrand said.

“Tyler and his family will continue to attend Senior Flyers games and support the club he dedicated so much to over the past decade.”

Prior to the Flyers, Loney grew up playing minor hockey in Fort St. John before moving to the Prince George Spruce Kings in the BC Hockey League, where her served as captain and was named both a BCHL all-star and Interior Division MVP. In 156 games and three seasons, he scored 45 goals, picked up 68 assists, and 578 penalty minutes.

Loney has netted two assists and 21 penalty minutes in five games with the league-leading Flyers (9-1) this NPHL season.

“Next time you see Tyler at the rink, please take a moment to look him in the eye, shake his hand, and thank him for all the wonderful memories he has provided the hockey fans of the Peace Country,” van Nostrand said.