FSJ Flyers take off with multiple changes heading into next season 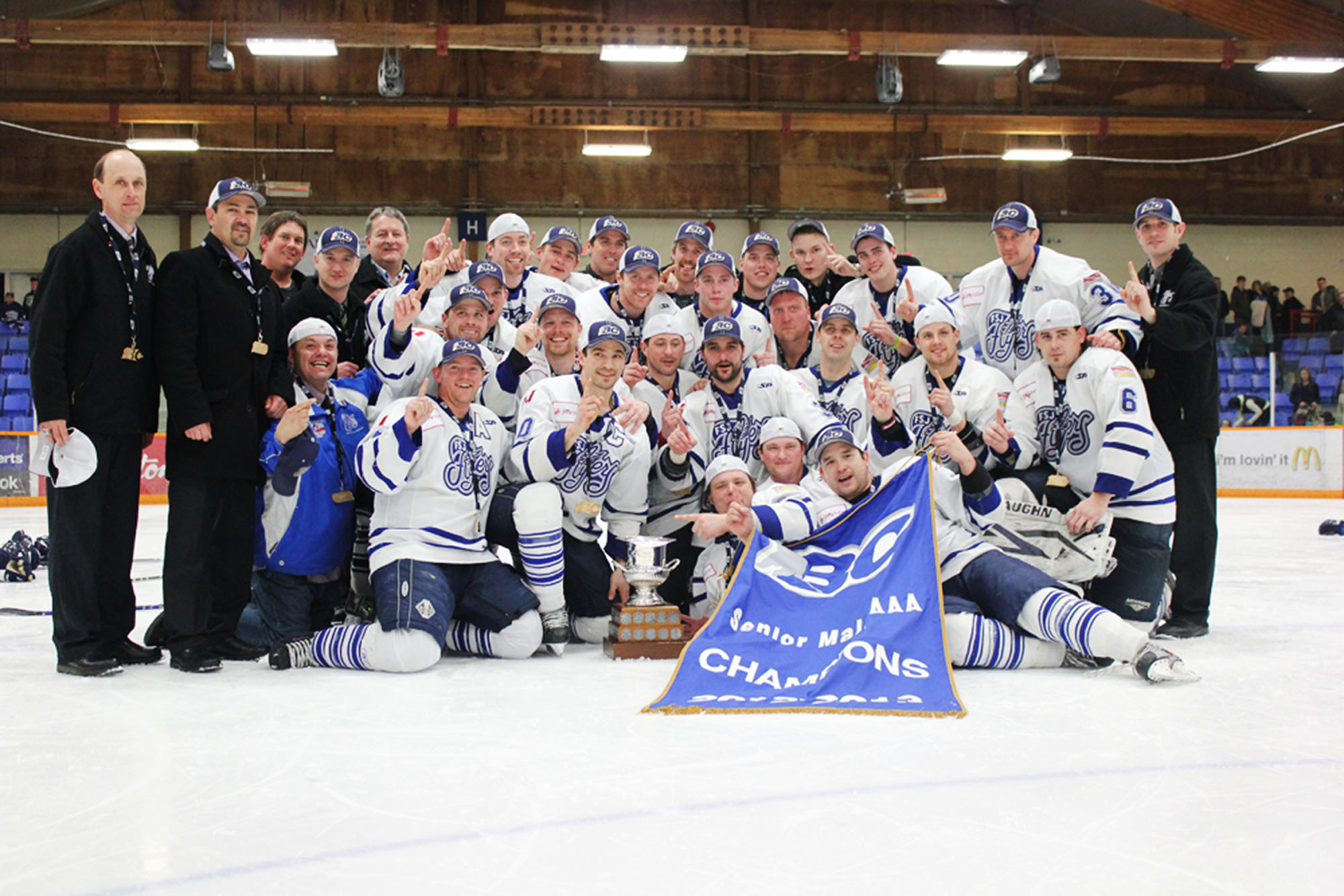 File photo
After winning the 2013 Savage Cup and ending their season in Red Deer fighting for the Allan Cup, the Fort St. John Senior Flyers will see some changes for 2013/14. One of the changes is that they registered at the AA level, last year they played at the AAA level.

The Flyers will play in the Senior AA level for the 2013/14 season.

The decision came after a lengthy consultation with Flyers executive and player representatives.

There were several reasons why they decided to move from AAA level to AA level, said Paul van Nostrand, president of the Seniors Flyers Hockey Club, in a press release.

Some of the reasons for the switch were due to potential impending player retirements and the financial constraints of operating in AAA hockey.

In addition, with the Flyers joining the AA league, the team will be able to compete for a North Peace Hockey League (NPHL) championship and may be able to play in the Hockey Senior AA Coy Cup championships.

Darrel Leahy, the Flyers head coach for the last three seasons, is stepping away from his position. Earlier this year he led the team to the top of the 2013 Savage Cup.

“Darrel has always been about the team and there is no denying he is a ‘Flyer’ through and through,” said the statement.

Leahy played as a Flyer for 10 years before he served as a general manager and director. The hockey club’s executive is currently looking for a new head coach.

While the Flyers say goodbye to Leahy, they have welcomed a new general manager, Lee Hartman.

Hartman was born and raised in Fort St. John, he played for the Fort St. John Junior ‘A’ Huskies from 1983-84 and not too long after played on the Senior Flyers from 1987-90.

He also coached minor hockey for nine seasons and was the head coach in FSJMHA for two years.

Hartman was the chairman of the 2011 BC Hockey Bantam Tier 2 provincial championship in Fort St. John.