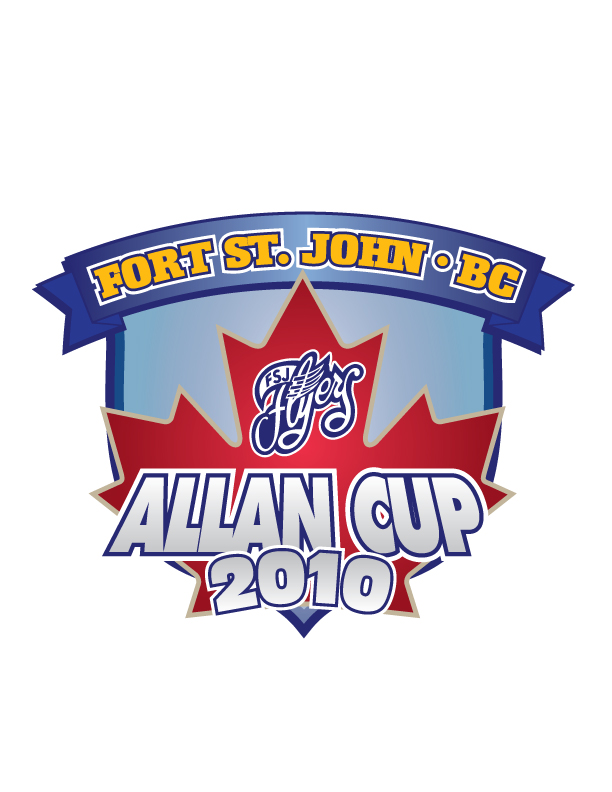 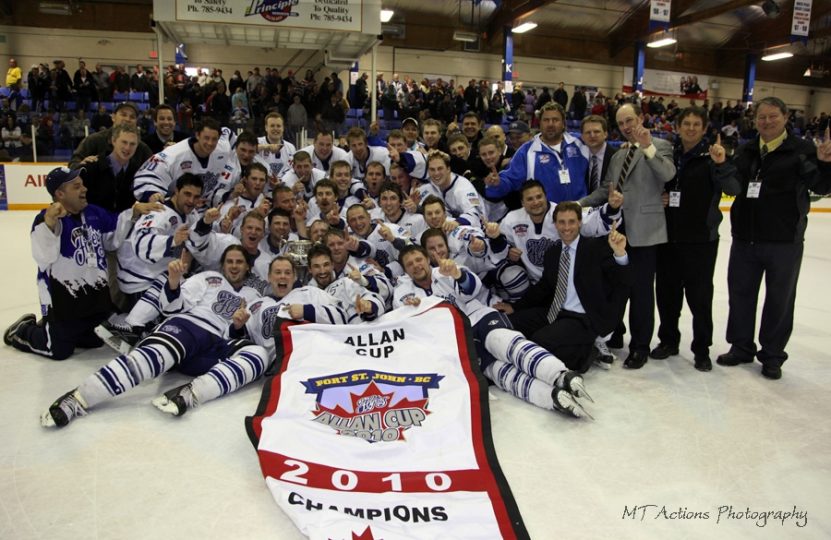 FORT ST. JOHN, B.C. – For the first time ever, the Fort St. John Flyers have won the Allan Cup, Canada’s National Senior Championship. The Flyers earned the 102nd national title with a 3-1 win over the Bentley Generals on Saturday afternoon at North Peace Arena.

Todd Alexander, Chris Stevens, Ryan Carter and Rod Stevens scored for the Flyers, who led 1-0 after one period and 2-0 after two. Scott Hood scored the lone goal for Bentley, cutting Fort St. John’s lead to 2-1 midway through the third period before Carter added an insurance marker at 17:04 of the final frame and Stevens rounded out the scoring into an empty net in the dying seconds.

The Generals, who reached their third-consecutive national championship game and were looking to become the first team since the 1993-95 Warroad Lakers to win back-to-back Allan Cups, finished second behind Fort St. John in round-robin action (7-1 loss to Fort St. John, 7-2 win over Clarenville) before beating the Powell River Regals 5-1 in the quarter-finals and the Dundas Real McCoys 4-2 in their semifinal.

The Allan Cup is one of the oldest club-team hockey competitions in North America, having been first competed for in 1908. Only once in the past 103 years, in 1945, has an Allan Cup champion not been crowned.