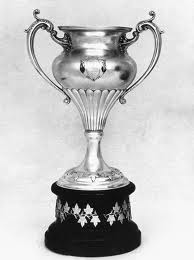 Storm coach Mike Vandekamp is running the bench for the Fort St. John Flyers at the Allan Cup

Of all the Grande Prairie angles to the Allan Cup in Fort St. John this week – and there are many – one stands out as a little more intriguing than the others.

Storm head coach and general manager Mike Vandekamp is behind the bench as the Fort St. John Flyers’ coach for the national senior hockey championship. That in itself makes for interesting reading.

What makes it even more compelling is that his assistant during the Storm season, Blaine Bablitz, is on the ice as one of Vandekamp’s players.

Usually Vandekamp and Bablitz both have whistles in their mouths at practice, shouting instructions to the Storm players.

Bablitz has handed in his whistle for the next week, as the teacher becomes the pupil, so to speak.

“It’s been a lot of fun so far,” said Vandekamp, who has had Bablitz as his assistant for three seasons behind the AJHL Storm bench, but has never coached him prior to this week.

“Blaine and I have gotten to know each other very, very well and have become good friends. So it was easy for me when I first proposed his name (to the Flyers) as a guy to play for the team here, because I knew how passionate he was about the game and how committed he is to the game and how professional he is.

“I knew he would quickly adapt to the player/coach relationship, and actually, he has become a really good ally for me coming in.”

Having a familiar face in the room can only help Vandekamp, who has never coached such an age group before.

“I’ve always coached junior A or major junior for 15 straight years, so this is a real different experience for me,” said Vandekamp, who is treating this as somewhat of a homecoming. He is a native of Fort St. John.

“The guys are really professional and have been working really hard leading into the tournament. Blaine has been a real leader in that area.”

Coaching 25-, 30- and 35-year-olds who have been playing the game for up to three decades is a lot different than coaching teenagers.

The most noticeable difference is at practice.

“Their conditioning level,” said Vandekamp. “These guys don’t have quite the lungs that our (Storm) guys have and that calls for a little bit of adjustment on my part this week at practices – trying not to completely kill the guys.

“But on the flip side, the guys are extremely attentive and bought right in, right away. They really want to win this thing.”

One of Bablitz’s key assets is his versatility. He was mainly playing centre for the Flyers in the games he played during the North Peace Hockey League season, but Vandekamp has been using him on the wing as the team fine-tunes its game for the tournament.

“That’s another challenge for him, because it’s not his natural position, but that’s what will work best for the team, so he understands,” said Vandekamp.

“I know Blaine is a real intelligent players, so I am sure he will have no trouble adapting.”

It also gives that line a secondary centreman, in case of face-off ejections.

“Absolutely – we have a lot of natural centres on this team so I have a few of them moving to the wing, so we have that on more than one line,” said Vandekamp.

While Vandekamp was mostly in high praise of his assistant-turned-player, he couldn’t resist the opportunity to take a good-spirited jab at his usual bench partner.

“His old body – he’s got a lot of creaks and squeaks and I’ve noticed this week that he’s taking a little extra time every day to loosen back up,” said Vandekamp, between chuckles. “For a young man, I don’t know how well he has aged.

“But really, that would be the only jab I could take at him, because everything else, he’s been doing a heck of a good job.”

The Allan Cup runs all week with the championship game going Saturday.